Sony’s Forced Button Change on PS5 Is a Pointless Fiasco

Sony is making a big change to the button scheme for the upcoming launch of the PS5.

Since the dawn of the PlayStation line, Japan and the rest of the world have had a major difference in the way our controllers work.

The O button is for confirming, and X is for canceling in Japan, while the rest of the world has it switched.

Sony is planning on forcing Japanese gamers to step in line with the rest of the world.

There was a much easier way of solving this without annoying one of gaming’s biggest markets.

People Aren’t Happy About the Change

Since Sony announced the swap, there has been a fair bit of backlash online. Many Japanese gamers seem upset about getting the short end of the stick for seemingly no reason.

This change will ruin years of learned responses. The swap also means that anyone in Japan who uses Nintendo and Sony will have to constantly swap between the two, something western gamers have been griping about for years.

You can hear more about the issues this change might cause in the video below. It’s not hard to see why so many people are upset. 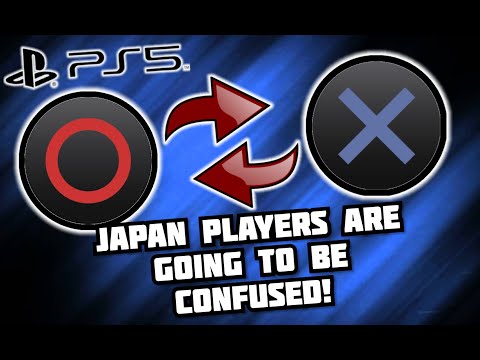 Sony Didn’t Need to Force This Change on the PS5

These PS5 forced changes didn’t need to happen. It pains me to say it, but Nintendo had this figured out months ago.

Back in April, the Switch was updated to version 10. This latest version of the firmware allowed users to customize controller mapping to their liking, ending years of torment for many. Why can’t Sony do the same thing with the PS5?

The next-gen systems are supposed to be a substantial upgrade over the previous generation. When I hear ‘upgrade,’ my first thought isn’t forcing a large segment of the audience to do things a certain way for arbitrary reasons. Let’s not even talk about how confusing this will be if the games themselves don’t also make this change. Gamers would have to press X on the main PS5 menu, then O in the in-game menus.

It seems like PS5 ‘has no limits’ except for mapping options.